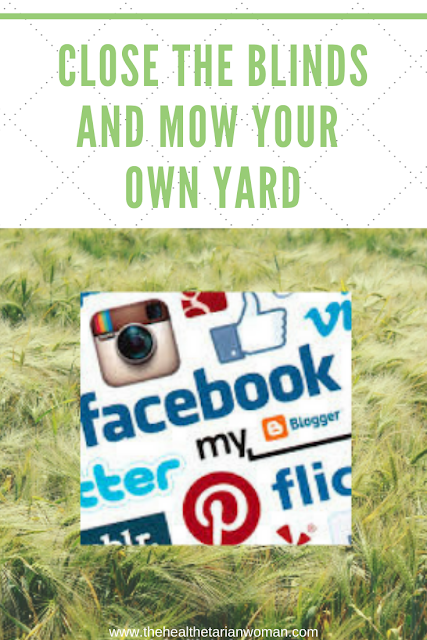 Today was a hard day.  It was a painful day.  It was a pivotal day in my life.  It was a day of tears, fears, what if’s, why not’s, why me’s.  It was the day I closed my social media blinds and started mowing my own yard.

Facebook, Instagram, Snap Chat, Twitter……every social media site known to man is made to do one thing, make us the most unsocial, unreal, unplugged people in all of society.  I know some you just gasped and almost dropped your phone in the toilet.  But, it’s true.  Social media is one of the most unsocial, deceptive tools we have available to use today.  And the Internet is the gas that fuels the whole shebang.

Those of you that have become intrigued and are still reading this are probably thinking, “Okay Denise, are you fixing to go into some long spill about how I should give up the Internet and social media and go back to the ‘caveman days’ of actually CALLING someone on the phone or writing them a letter with PEN AND PAPER and using a stamp to get it to them?”  Well, no not exactly.  While those are great things to still use, it wasn’t what I had in mind.

Let me back up a bit.  You see about a year ago I had a digestive flare up that rendered me, well, pretty incapacitate for several days.  I was still not feeling great, but at least I can get out of bed.  Anyhoo, during those few days of laying on my death bed, I spent an over abundant amount of time watching TV and being on social media in between trips to the bathroom, and even then I took my phone, because well, doesn’t everyone do that these days?

So, I was already not feeling good, and instead of doing something productive for getting better like actually resting or sleeping, what was I doing?  I was watching every one’s life on Facebook like it was a Lifetime TV special.  That only led to one thing, envy.  Here I was on my “death bed” for the umpteenth time since my illness started five years ago and it was “why me” and “poor me” and “so-and-so has this” and “why can’t my life be like hers” and “they have a better life than I do”.

Before I knew it I was WALLOWING, CRYING AND LOATHING in the endless pit of self pity.  Then my self-righteousness kicked in and I was rolling in the “where are all those people on social media now who are my ‘friends’?  I don’t see any of them being helpful or friendly enough or doing anything for me, even though I posted that I was sick.  Do they even follow me?”  Yeah, I know, it was ugly in that pit, but it gets worse.  I actually had the audacity to “call out” one of my friends in a text message and “give them a piece of my mind”.  Please don’t drop your phone in the toilet, I promise there is a positive ending.

Fortunately for me, my friend was gracious enough and wise enough to know what to say and how to handle the situation and she helped me get out of that pit and realized what a selfish jerk I was being.  It was in those moments after I spewed my mouthful of ugliness and got her gracious response (to which I stewed over for a while, because it was not the answer I really wanted.  And by the grace of GOD did not respond to her with the thoughts that were really going through my head), that I realized that something has to change, RIGHT HERE, RIGHT NOW.

My very wise friend said, “Denise when you compare on Facebook (or social media) you are seeing everyone else’s high-light-reel and comparing it to your behind-the-scenes footage.” Before I go any further here, let me say this, if some people are posting what they call their high light reel, I REALLY wouldn’t want to see their behind the scenes footage. Just sayin’. Some things just DON’T belong on the internet, PERIOD.  But what my friend said, well, that just punched me right between the eyes.  So what did I do?  I went to the two social media sources that I use the most, Facebook and Instagram and I closed my blinds.  Say WHAT?!?!?!?

Yep, I did it.  I unfollowed EVERYONE except for a small handful of people who fit into two categories, close family or VERY influential friends and people.  If I couldn’t see someone’s posts in my news feed on a regular basis without feeling envy, overwhelm or anxiety, they didn’t make the “I choose to follow you” list.

Notice I said UNFOLLOWED not unfriended.  Why did I not unfriend people?  Because, I have nothing against the people I am friends with on social media, I just need space.  Space to think, space to breath, space to still feel connected, but not overwhelmed every time I logged into social media.  Will I ever follow them again?  Maybe.

I also only follow a few active groups that I enjoy being a part of.  It is amazing how much networking you can do meeting, talking with, helping and providing meaningful value to people in certain groups on Facebook when your news feed isn’t cluttered with so much stuff about what everyone else is doing.  Almost instantly my mind felt calmer.  My soul didn’t feel so overwhelmed.   When I scrolled through my news feed I no longer saw post after post after post of, “Look at me and my life and what I am doing.” 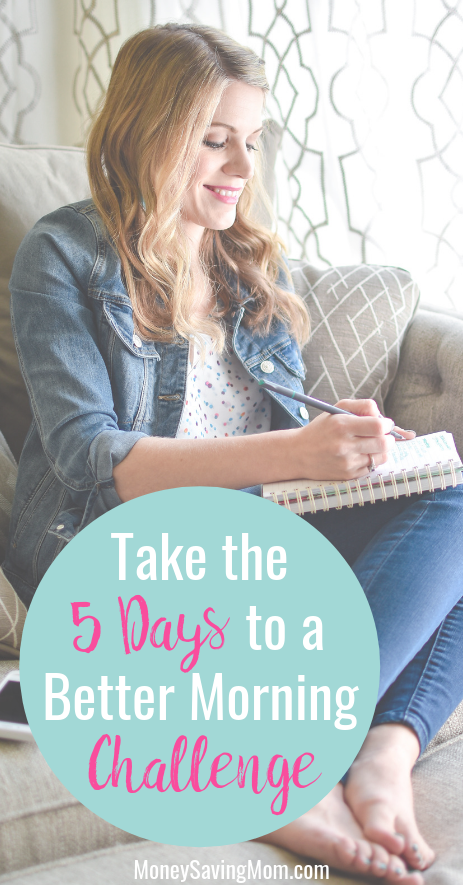 The only other social media I kept was social media for the blog and my Ebay store like my Facebook fan page, Pinterest, Instagram, Twitter.  These are the places where I call the shots and I get to decide what is on there and who see’s it and still contribute valuable, meaningful, useful information and content with all of you.

After I got the blinds closed I realized something, I can no longer see if someone else’s grass is greener than mine, which is an awesome and LIBERATING thing.  But then, I realized that I COULD see how over grown and neglected my own yard of thoughts, feeling and emotions had become.  So, I decided that now that I am no longer wrapped up in what everyone else is doing I have time to mow my own yard, pull up the weeds, get rid of the dead debris and make room for growing new things that in turn will help me take better care of me.

How do you keep yourself ground in everyday life?  Tell me in the comments.  I’d love to hear!

What Are You Looking For?

What Are You Cooking Today?

What Other Readers Are Saying….